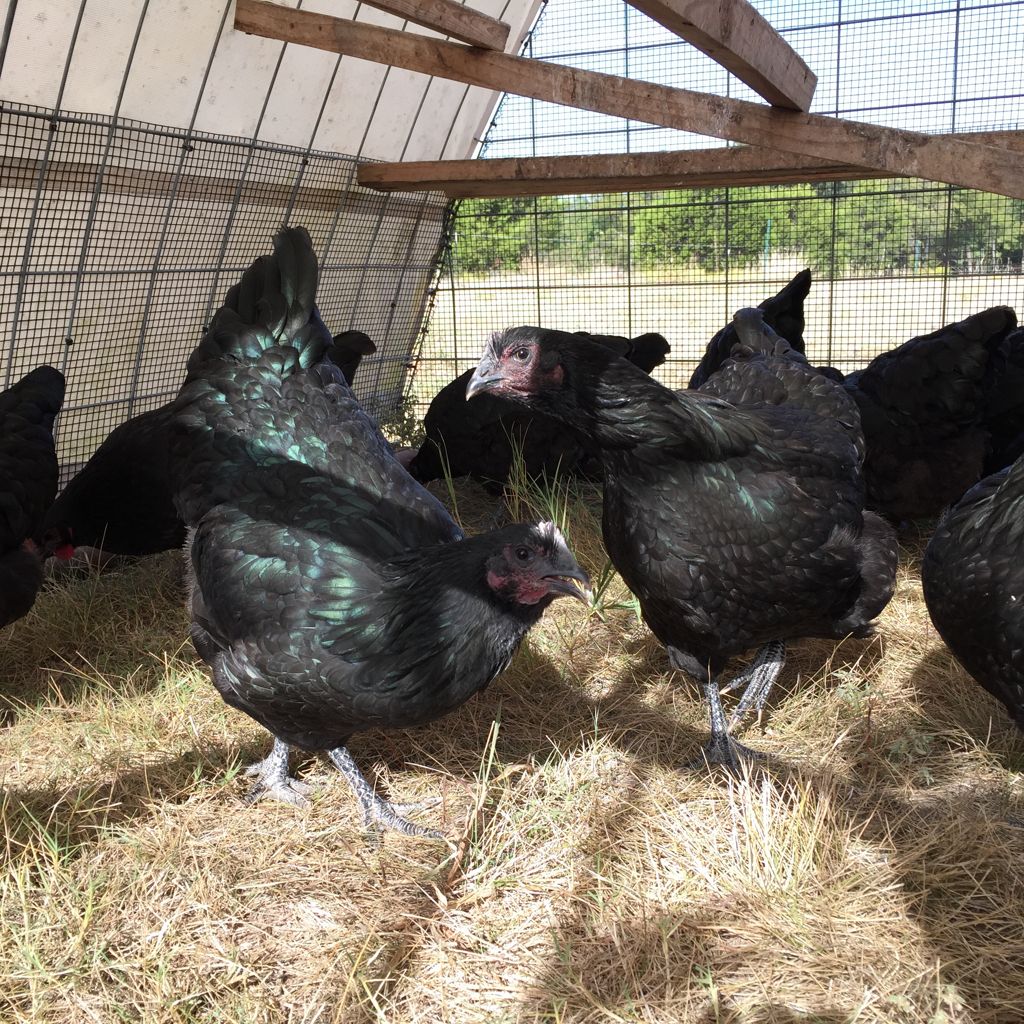 It’s important to give your chickens plenty of space.

Overcrowding can lead to all sorts of problems. Pecking. Aggression. Poor health. Transmission of diseases. Chickens don’t thrive in an overcrowded coop.

How much space is enough?

A common recommendation you’ll hear is one that is insufficient — 4 square foot per chicken. Not only is this not enough space for standard size chickens to thrive, it fails to take into account the type of housing, ventilation, the freshness of the ground or coop bedding that the chickens are on, the size and type of chicken, their activity level and other factors.

A rule of thumb

Instead of a cookie cutter answer, the rule of thumb I’ve found most useful is:

In my efforts to raise healthy chickens, that has consistently been the most effective guideline.

But at the same time, it doesn’t help much when it comes to planning to build a coop. Or when trying to decide how many chickens will fit in a coop that you already have.

And if you’re new to raising chickens, you likely won’t yet have an intuitive sense of what “too crowded” looks, feels or smells like.

Is there a more practical guideline for people who are new to raising chickens? One that’s useful when planning a coop? Or deciding on flock size?

In a 10 foot x 10 foot hoop coop that is moved to fresh ground regularly, 12-15 large, mature dual-purpose laying chickens can fit quite well. This is a chicken-tractor-style coop, where the floor of the coop is whatever ground you place the coop on.

If that same coop is left in one place for weeks and weeks on end, then I wouldn’t advise more than 8-10 chickens in the same space.

The more often you move the coop, the less space you need, up to a point. 15 grown hens in the 100 square foot space is the most that I would want to keep there.

How many chickens can you put into a 4×8 foot coop?

How big of a coop do I need for 15 chickens?

Many people say that 4 square feet per hen is sufficient, but in my book, that’s too crowded.

How much space do chickens need in a stationary coop?

In a stationary coop, one that isn’t going to be moved to fresh ground, there are a few things to consider.

For one, if you’re just housing the chickens at night, and you’re letting them out to free range, then you mainly need roost space for them, space for nest boxes and waterers, and a little more space to spread out until you let them out. If you are truly diligent to let them outdoors all day long and they’re only cooped at night, then 4 square foot per hen is adequate. But the coop will need to be kept clean. If it starts to smell strongly of ammonia, then it needs to be cleaned, and you may need to reduce the flock size or make better use of bedding materials to catch manure.

Similarly, if you use a coop like that with electric mesh poultry netting and let them out into a pasture area or lawn area (within the poultry mesh fence) all day long, then 4 square foot within the coop is plenty.

However, in many cases, people use a smaller, fixed size run. Ideally, you really want to either maximize the run size, or have a way to move the run onto fresh ground frequently (every day or every few days). As an alternative to that, you can use a paddock system, in which you have multiple fenced run areas that you alternate between (see diagram below). 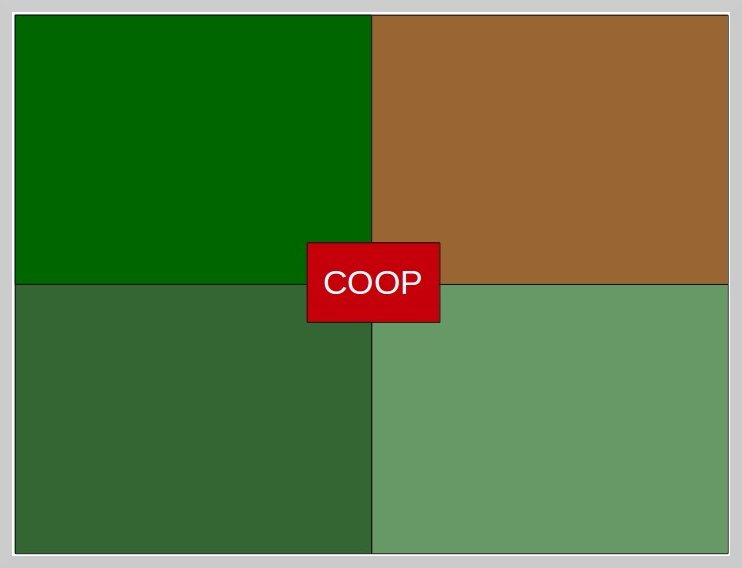 Because there are so many variables, I don’t see a clear way to give recommendations on minimum size, so I would follow the rule of thumb mentioned earlier:

In addition, I would look for some way to get your chickens onto fresh ground as often as you can (approaching daily). It is one of the most beneficial things you can do for your flock that will help to prevent or at least reduce a variety of potential problems.